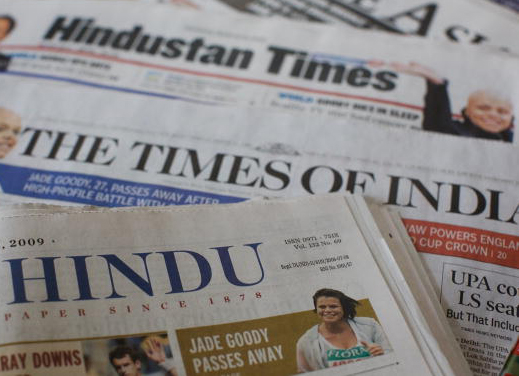 India may relax norms to attract Japanese capital in DMIC

The Department of Industrial Policy and Promotion (DIPP) has held a series of consultations with RBI officials on issues like allowing more Japanese Bank branches in India and permitting interest rate and currency swaps, an official said.

The DMIC project is important as it would help in boosting investment in infrastructure sector and would also encourage overall economic growth of the country which has slipped to a nine-year low of 6.5 % in 2011-12.

Diesel use in India temporarily spiked during two days of massive power cuts which left hundreds of millions of people without grid power, highlighting increasing clamour for the fuel to back up national grid.

Diesel usually makes up about 40 % of fuel consumption in Asia's third-largest oil importer; although much of the demand is covered from domestic production and imports in the last year have been about 60,000-70,000 tonnes a month.

The New Delhi government has forecast diesel consumption should grow 5.9 % in the current fiscal year, about the same pace as gasoline and slightly below the economy as a whole, which should expand by about 6.5 %.

Car sales continued to increase moderately in July with top three players riding on diesel models to report growth, but lockout at Maruti Suzuki's Manesar plants may hit the market this month.

Market leader Maruti Suzuki increased its domestic sales 7% year-on-year in July on the back of strong demand for its Swift and Dzire cars that have now run out of stock due to non-production at the two Manesar plants that make 40% of all Maruti vehicles. Others such as Hyundai, Tata Motors, Mahindra & Mahindra and Toyota too increased their sales in July, while GM, Ford and Honda reported lower sales.

Fitch Ratings says that the outlook for Indian auto suppliers remains stable in view of steady demand. However, a fall in volumes in some sub-segments of the domestic auto industry could manifest into lower revenue growth for certain suppliers.

Fitch expects the profitability of Indian auto suppliers to moderate in FY’12 due to the limited ability of original equipment manufacturers (OEMs) to fully absorb high raw material prices, caused partially by a weaker rupee, alongside an increase in other input costs.

Growth of eight core industries slipped to 3.6 % in June against 4 % in May, on the back of contraction in natural gas, fertilisers and steel output. This will impact overall economic growth, given that agriculture might also remain lacklustre due to a weak monsoon.

The eight core industries have a combined weight of 38 % in the Index of Industrial Production (IIP). Industrial growth contracted for March and April before growing by just 2.4 % in May.

Coal remained in the positive zone for eight consecutive months, raising hopes of a revival in the mining sector. Its output expanded 7.2 % in June, lower than 8 % in May. Mining is impacted by natural gas, which continues to contract. Natural gas output declined 11.1 % in June.